Greg asks Todd why elllo has so few controversial topics. 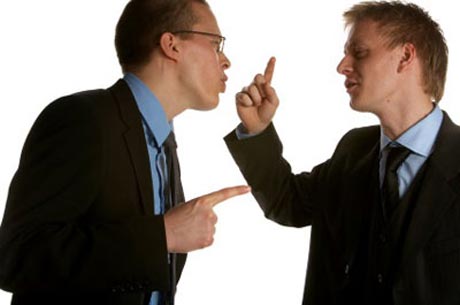 Greg: Hey, thanks a lot for interviewing me and letting, I don't know, the world know about my book.

Greg: Yeah, I've noticed you don't have any topics like these on your web site. Why not?

Todd: Right. I don't have too many controversial topics. There's actually technical reasons. One is it just takes too long for people to talk about a controversial topic, so for example if you really want to get into controversy, you know, it leads to long conversation and people expressing their view and arguing and the way that the audio is set up on elllo, it's kind of short. I try to keep it under three minutes, so that's one reason. But actually the main reason is because, you know, when people come in, I don't know them a lot of the times I don't know the speakers very well and so they're not really comfortable arguing with me or arguing with somebody else they don't know about something that's controversial, so we tend to not do that.

Greg: OK, alright, it's something you might want to think about. I mean, I think there are lot of people in the world who are really interested in controversial topics.

Greg: OK, it's your site: your right to do whatever you want, but I just think maybe ... maybe some of your listeners would appreciate that and maybe you could have ... my suggestion is that you have a little one page, controversial page, or something. Just, you know, try it out, and if you get a lot of good reaction, you might want to continue and if it doesn't work out stop it.

Todd: Well, actually, I'll give you an example of one I did recently. I had a woman come in, Stella, she did a great job on the videos, and one of her videos was about an usual sport in your country and hers was on cock fighting, and she explained cock fighting, or hen fighting, in Kenya, and right off the bat I knew that was going to be a problem because that's illegal in some countries and some people - animal activists - would be offended, but on the other hand, it's her culture and I don't feel comfortable saying - you know - what's right or what's wrong about someone else's culture so I just ended up not putting it on just because I didn't want to have to take a side. You know, I think you can kind of see the problem, that sometimes you can put stuff up and it's so easy to alienate maybe a small portion of your audience and I just don't want to do that. You know, I don't have a side about the issue but I just don't want to alienate people. I don't want people on one side of an issue to feel upset so I just play it safe, and I don't talk about it.

Greg: OK, well, you seem to have a lot of listeners who are very happy so don't worry about changing it.

Greg is the author of Stimulating Conversations. You can learn more about his book here or contact him.

Income disparity measures the difference in income between rich and poor people. Notice the following:

right off the bat

Right off the bat I knew.

The phrase 'right off the bat' means immediately. Here are two samples:

Animal activists would be offended.

'Animal activists' are people who are concerned with the treatment of animals and work hard to bring about positive change. Notice the samples:

You can put stuff up online.

When Todd talks about 'putting stuff up', he means posting it on elllo. Here are some samples:

It's so easy to alienate people.

When you alienate people, you cause them to stop supporting or agreeing with you. Notice the samples:

I just play it safe.

To play it safe means to be careful, not to take risks or do something dangerous.  Notice the following:

974 Essential Stuff
Tom and Jess both talk about things they could not live without.
﻿
INT 4
Jess | Tom

971 Class Ups and Downs
Tom and Jess discuss what they like about teaching.