John talks about his family and how they are very unique. 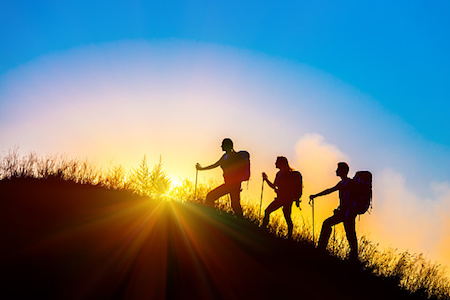 Sarah: John, I've never met your family. Do you have a big family?

John: Yeah, kind of. There are five people in my family, so it's a medium family. I have two brothers, so there are three boys in my family. And there's my mother and my father.

Sarah: How about your father? Do you look like him?

John: He has blond hair and glasses too, though.

Sarah: Oh. How tall is your younger brother?

John: He's a bit shorter than us. I am not sure but I think he's around 170 centimeters tall.

Sarah: Oh. How about your mom?

John: My mom is short, too. She's the same height as my younger brother.

Sarah: So John, you're thin. What about the rest of your family? Are they thin, too?

Sarah: So John, you told me about me about your family's appearance. What about their personality?

John: Well, all five people in my family have different personalities.

Yeah. My younger brother is really fun. It's great to spend time with him. For example, we usually play video games together. He likes to play racing games or sports games, and also, we play card games or just watching TV. He's so funny.

No matter what we're doing, he tells jokes and I love listening to him tell jokes about whatever we're doing at the time. And he's so cheerful and bright. He's always open to new people and new ideas. So I really like spending time with him. He makes me feel cheerful, too when we talk together.

Sarah: That's great. How about your older brother?

John: Well, my older brother, he's a really good guy. He's not so entertaining like my younger brother but he's very smart. He's really serious. He likes to study and read. For example, he likes reading the Greek philosophers. He likes reading about Plato and Socrates. And he's always talking about philosophy. I like that stuff, too. I think it's interesting but he's not very funny.

Sarah: I see. How about your dad?

John: My dad. Let's see, what can I say about my dad's personality? He's a hard worker. He's very devoted to everything he tries. He was raised on a farm so he knows a lot about animals. And now, he has a farm as a hobby. My dad raises horses and chickens. He loves animals and he has so many animals but he doesn't think of them as farm animals, they're his pets and he loves them.

He spends everyday outside where no matter what the weather, because he has to take care of his family, which is all of his animals. And he's a really smart guy. Maybe a bit serious at times. His sense of humor is maybe like you can imagine from an old man.

Sarah: I see. How about your mother? What's she like?

John: Yeah, horror books. So she knows a lot of stuff about crime or mysteries or police dramas and lawyers. She loves that stuff. So my mother is very interested in those kind of books and movies and TV shows, too. So she's kind of like a detective. My mother is very smart and enjoys solving puzzles.

15 How many - Singular / Plural
Is Meg a pack rat or minimalist?