Christian talks a little about his country and his hometown. 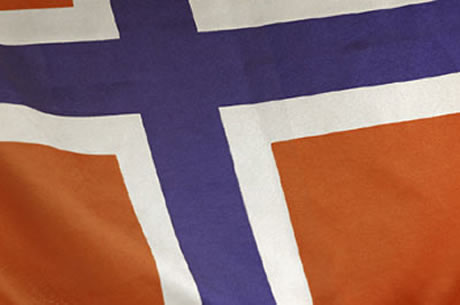 Todd: Hey, Christian. And now Christian, where are you from?

Todd: Wow, what city in Norway?

Christian: Yes, it's close to the capital city, Oslo. About 150 kilometers south of Oslo.

Todd: How many people live in this city?

Christian: Pretty small. The biggest city in Norway is Oslo and it has 500,000 people.

Christian: That's the biggest. In total, we have 4 and half million people in Norway.

Todd: That must be nice being from a small country, I mean big in land but small in people.

Christian: It's nice. It's not as crowded as Tokyo to put it that way.

Todd: Yeah, so Tokyo's what, three times the people.

Christian: Three times the population of the country, yeah.

Christian: The best thing about Norway, the clean air, the blond girls, and the mountains.

Todd: Do you go in the mountains a lot? Do you mountain climb or hike?

Christian: I ski. I ski as often as I can. Probably once a year I go, try to go skiing when I home, and it's great, I enjoy it, I've been doing it all my life so, yeah.

Todd: So this is downhill skiing.

Todd: Do you ever do cross-country skiing?

Christian: Sometimes, I used to do a lot of cross-country skiing when I was younger, but as I got older, it was more downhill skiing. It's a bit easier. Less physical.

to put it that way

Norway is not as crowded as Tokyo to put it that way.

We use 'put something that way' is to explain it in a way that they person you are talking to will understand better. In the case of the example the person you are speaking to is familiar with Tokyo, but not Norway. Notice the following:

If the population of one city is "three times" bigger than another city then it has 300% more people.  For example, if Norway had a population of 1 then Tokyo would have a population of 3 because 1 x 3 = 3.  Notice the following:

The best thing about Norway is the clean air.

"Clean air" is air that does not have contamination.  Notice the following:

I used to do a lot of cross country skiing.

"Cross-country skiing" is skiing on flat land instead of down a hill.  You use your body strength to push you forward.  Notice the following:

When an activity requires a lot of movement and strength it is a physical activity.  Downhill skiing is less physical because you don't have to move your body a lot.  Notice the following: