Alexandra talks about her job in the aviation industry. 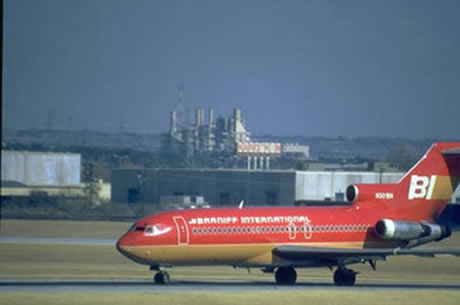 Todd: Alexandra, you worked at an airport before. You said you worked in Aviation.

Alexandra: Yes, my previous job was write contracts for an aviation company and we bought and sold airplanes and aircraft engines, so we did a lot of marketing and leasing and speaking to people from different countries, and airlines wanting to buy
equipment, so a lot of negotiations.

Todd: Can you explain what leasing is?

Alexandra: Leasing is when our company owns a piece of equipment, either an airplane or an engine and a customer has a need, for example, if their airplane has to do some maintenance, and they need a replacement, then we will let them use our airplane for a certain amount of months, like you rent a car, same thing, same idea.

Todd: Oh, wow. And you lease not only the plane but engines as well?

Alexandra: Sometimes you have an airplane that's delayed at the airport because of some reason and they need to swap an engine out, or whatever.

Todd: Right before the plane takes off, they sometimes switch engines?

Alexandra: They'll take the passengers off and put them on another plane cause it takes a lot longer than the 10 or 15 minute turnaround, but, you will have, it's more an emergency type of situation, so they'll take the engine off, and it might be and overnight deal so we go ahead and furnish a replacement engine until they can move that plane back to where it belongs or have the engine repaired.

Todd: So can you lease a pilot?

Todd: You can, yes, you can lease a crew. Yes! It's called a wet lease, and we used to do dry leases meaning we only provided the equipment but a wet lease includes a full crew that will fly the airplane, flight attendants, etc.

We did marketing and leasing.

"Marketing" is all the activity that goes into selling a product, such as advertising. Leasing is a time agreement to pay to use something.  Notice the following:

They need to swap an engine out.

To "swap" something is to exchange it for something similar.  Usually what you are exchanging has been used.  Notice the following:

To "switch" an engine is to change it, maybe with a new one or with one from another plane.  Notice the following:

Take the passengers off.

To "take something off" is to remove it.  The example says to remove the passengers from the plane.  Notice the following:

Longer than the 10 or 15 minutes turnaround.

"Turnaround" time is the total time between when you receive a project and when you finish it.  Notice the following:

175 Hurricane Andrew
Alexandra talks about a bad hurricane that hit her city of Miami.
﻿
INT 5
Matt

174 Adjectives - Opposites
Matt is given a word, an adjective, and says the first work that comes to his head.
﻿
INT 4
Alexandra

172 Airplane Job
Alexandra talks about her job in the aviation industry.
﻿
INT 4
Alexandra

171 The Big Change
Alexandra talks about how a hurricane greatly changed the city of Miami.