Christian talks about his first experiences as a student overseas. 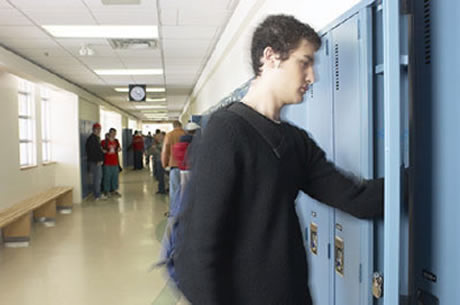 Todd: Okay, Christian, you were just telling me that you lived in New Zealand as an exchange student.

Christian: I mean, I was 17 years at the time and I was leaving home for the first time and going abroad for a year without going home. And it was the first time to actually move out of my family and it was an intimidating experience, but at the same time, it was extremely enjoyable. I had a great time, traveled around, met a lot of great people, got introduced to the Maori culture and yeah, it was fascinating, really fascinating. Yeah.

Todd: What did you like the most about New Zealand?

Christian: The country itself, probably the nature and the wildlife. It's just so pure, so green. You've got the big mountains. You've got the fjords, the rivers. It's a great ecosystem. You can tell that it's non-polluted and it's just really nice. And if you appreciate - call it nature - you can walk around and just soak up the atmosphere. It's really good.

Todd: Yeah. What was the hardest thing about living so far from home?

Christian: The fact that I could only communicate with my family through faxes in the beginning because calling was a bit expensive and the circumstances didn't allow me to use a phone where I was living. So I had to use faxes and that is a bit strange.

Todd: Wow. So there was no email or internet?

Christian: Well, actually at the time email wasn't that much used in New Zealand. There was one computer in my school that had internet connection and I was allowed to use that because I was an exchange student. I was the only exchange student at my school. So they said, "Well, you can come in every now and then and use it." But I used it maybe once a week because I had never used email before, because this was back in '97. So it's like eight, seven, eight years ago. And I guess, well, in New Zealand they didn't really have that many connections. So yeah.

Christian: It was truly great. Yeah.

This phrase, I mean, is often used to start a sentence to add focus to a statement. It is called a filler in English because it lets the listener know a statement is coming. Notice the following:

soak up the atmosphere

You can walk around and just soak up the atmosphere.

When you soak up an atmosphere, you get great pleasure from being at a certain place and time. Notice the following.

the circumstances did not allow

And the circumstances didn't allow me to use a phone.

When the circumstances do not allow something, that means something cannot be done, usually because of a certain situation. Notice the following:

I had to use faxes and that is a bit strange.

When something is a bit strange, that means it is unusual or uncommon. Notice the following:

every now and then

You can come in every now and then and use it.

When something happens every now and then, it happens occasionally or sometimes.

Here, the phrase 'back in '97' just means something happened in 1997. Notice the following.

179 Lawyers
Alexandra is going to be a lawyer. She talks about how lawyers help people.
﻿
INT 5
Christian

177 Abilities
Sophie talks about things she can do.
INT 5
Nicola