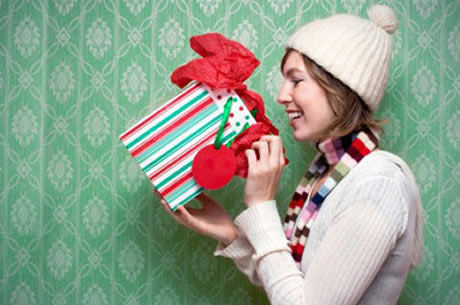 Todd: Nicola, you're from England.

Todd: OK. Now in England you have something called "Boxing day".

Todd: So, we don't have that in America. What is Boxing day?

Nicola: Well, boxing day is always on the 26th of December, the day after Christmas day. And it was originally called boxing day because it was the day in England when the very rich people in Victorian times gave presents to their servants, the day after Christmas. And usually it would be something like money, or food but they would give it to them in a small box, and so on December the 26th, servants would receive their boxes,the Christmas boxes, and that's why it was called Boxing day.

Nicola: Today, people don't really receive money or food so much, sometimes you give extra tips at Christmas, but Boxing day has stuck. So that's the name.

Todd: What do people do on Boxing day?

Nicola:Yeah, and lose some money...

Nicola: Yeah always. At least I do.

Todd: Wow, cool. Dog track. Is there a dog track near your house?

Nicola: Yeah, there is, where I live, yeah.

Todd:Oh, cool! Alright, thanks a lot!

Boxing day is always on the 26th of December, the day after Christmas day.

The very rich people in Victorian times gave presents to their servants.

Servants would receive their boxes, the Christmas boxes.

The noun servant is a person who does the work inside the house.  Notice the following:

Sometimes you give extra tips at Christmas

Here, extra tips means to give someone who has provided you with a good service an extra amount of money to thank them.  Notice the following:

Is there a dog track near your house?

Dog track means a stadium that is used for dog racing or greyhound racing. Notice the following:

194 Lost and Found
Todd talks about how he was lost his wallet four times and what happened each time.
﻿
INT 4
Nicola

193 Perfect Day
Nicola talks about what would be the perfect day for her.
﻿
BEG 3
Nicoleta

191 Turkiye
Nicola has been to Turkiye. She talks about her travels there.