Ruth asks Akane about her background. 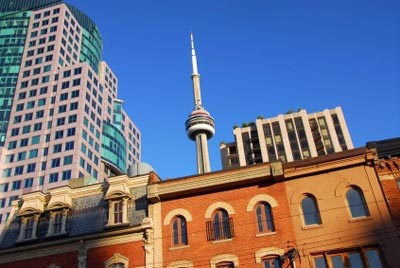 Ruth: So, Akane, you're from Canada, right?

Ruth: Tell me about where you live.

Akane: Well, I grew up in Toronto, and it's quite a big city. In the greater Toronto area, there's about, I think3 1/2 million people just now and it's very multicultural and that's one of the things that I really like about Toronto is that there're many different people from many different countries.

Ruth: And do you live in Toronto now?

Akane: No, actually, I haven't lived there for a year now I think, almost, actually more than that, because I've been travelling and working and what not.

Ruth: Do you teach children or adults?

Akane: Usually I do. I am mostly trained to teach younger children, but recently I've begun teaching older students, or young adults, and I quite enjoy it actually.

Ruth: So which do you prefer?

Akane: Well, they both have good parts and bad parts and I think in the future I would like to do a bit of both.

Ruth: Do you know where you would like to live in the future?

Akane: I have no idea. I would like to travel to different places and maybe I'll eventually settle back down in Toronto, where I'm from.

Ruth: Do you have family in Toronto?

Akane: Not at the moment, no. My parents moved to Vancouver and that's where they live right now.

Ruth: Ah, Vancouver, is that in Canada was well?

Akane: That's right. It's on the West Coast of Canada and the weather is much warmer there and that's why my parents like it there.

I haven't lived there for a year now, because I've been traveling and working and what not.


You can use the phrase 'what not' to show that other similar things can be added to your list, but you don't want to say all of them.  Notice the following:

I have no idea

I have no idea where I would like to live in the future.


You can use the phrase 'I have no idea' when you don't know the answer to a question or you haven't really thought about it. Notice the following:

I would like to travel to different places and maybe settle down back in Toronto.


'Settling down' usually includes having a reliable job, your own place to live, getting married, and having children.  When you settle down, you commit to living in a particular area.  Notice the following:

My parents moved to Vancouver and that's where they live right now.


When you 'move' from one city to another, you are changing the location of where you live.  Notice the following:

464 Children with Phones
A debate about children having mobile phones.
﻿
INT 4
Ruth

463 Seasons
Ruth talks about the change in seasons.
﻿
INT 4
Ruth