Santi talks about how her and her sister are always close. 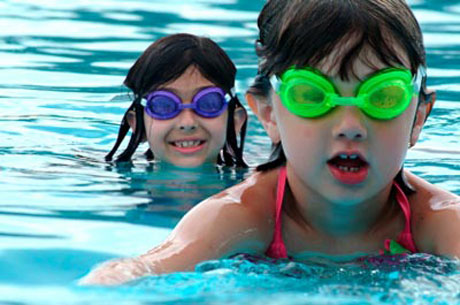 Todd: So, Santi, we're talking about family this week and you have a sister, correct?

Todd: Now, what's kind of unique about your sister is you both are similar in age and you go to university together, correct?

Santi: Yes, only two years younger than me.

Todd: What's it like going to university with your sister?

Santi: It's kind of like difficult because I have to take care of her, but it's also fun because you can share things with her.

Todd: Yeah, what do you mean, like, you have to take care of her?

Santi: Well, I'm in my fourth year right now, so I'm kind of like ... not busy, so whatever she wants to have for dinner, I have to cook.

Todd: Really, you cook for her?

Todd: That's very nice. So what kind of things to you cook for your sister?

Santi: Basically Chinese food or lunch packets for her, for like tomorrow.

Todd: You make your sister a lunch to take to school?

Santi: Well, I said before I'm a good sister.

Todd: Wow. I guess so. Now when you first went to university, did you think your sister would join you - would go to the same university?

Santi: No. I don't think so because, well, she's very good at chemistry and she's also good at science, so I'm hoping that she will go a different directions than me, but, well, I don't know, maybe my mother trusts me, and then my mother led her to me.

Todd: What about similarities and differences? How would you say you and your sister are similar?

Santi: My voice and her voice. It's totally the same.

Todd: So if your sister was here doing audio work, I wouldn't be able to tell who was who.

Santi: Sometimes we like to play with people on the phone. It's kind of like bad but whenever her friends call, I will pretend that I was her.

Todd: That is a funny joke. So what is something that's different? Like how are you different? Obviously she's good in science.

Santi: Yeah, and, well, the appearance is different. She has darker skin, and then she's very slim.

Todd: You are very slim, too.

Todd: Are you the same height?

Todd: OK. So you really are the big sister.

Todd: You look down on her.

Todd: So do you guys fight very much, or do you usually get along?

Santi: Uh, during my childhood - yes - but now - no - we just ... well, we know the limits. We know that we are ready beginning to be adults, so I don't think that fight is kind of like popular anymore.

Todd: Right, so you guys are like two peas in a pod.

Sometimes we like to play with people on the phone.

When we play with people that means we are not honest with our actions or words, but in a fun, joking way. Notice the following:

Do you look down on her?

To look down on people means we think we are better or more important than they are.  The meaning is negative.  Notice the following:

Do you usually get along?

The phrase 'get along' is similar in meaning to 'friendly'.  Notice the following:

We fight sometimes, but we know the limits.

To know our limits means to know how much or how many of something is possible before we must stop.  Notice the following:

two peas in a pod

We are two peas in a pod.

The phrase 'two peas in a pod' compares two people who are in someway the same or similar.  Notice the following:

930 Brothers
Ron talks about growing up with his brothers.
﻿
INT 5
Santi | Todd

927 Net Ball
Naomi talks about one of her favorite sports.
﻿
INT 6
Darren | Dai

926 The Allure of Fishing
Darren shares why fishing is such a fun sport.