Daniel talks about a popular movie from Chile and why he liked watching it. 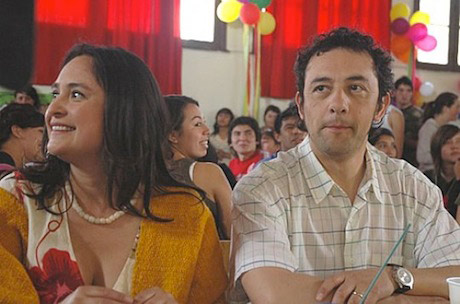 Vella: Do you have any favorite Chilean movie?

Daniel: Well, yeah. Actually Chilean movies are quite, we're making a lot of movies recently but this one movie I really liked. It's quite old, probably ten years ago, it's called El Chacotero Sentimental. It's really difficult to explain that in English but it was based on a radio show. There was every week from Monday to Friday from two to four pm, there was a radio show so people would call to the host of this radio show and they would explain their problems related to love, family, friends, whatever, and it became really popular. Everyone was listening to this, this show and some of those stories were absolutely brilliant and you could hear like any kind of stories, like really sad stories or really funny stories. And for the movie they took three of them, well three, they made three stories and they took elements from real stories that they were told during the show.

So the first one, for example, it's about a guy who move from the countryside to, into Santiago, and he was having an affair with a neighbor and he was caught by her husband and her husband was the police. He was a policeman so all the, it was really funny to watch it, but at the same time like everyone knew that kind of stuff happened so it was funny but at the same time kind of, you know, like come on that's a really, really big problem.

The second story was a bit sad. It was about a family who had problems. They had a lot of problems during their childhood so and all the traumas and all the problems it creates and you take when you have problems in childhood.

And the third one, it's a really, really funny story. It's about a young couple. They were really poor but how they lived, the love, and how they live their cut(?02:11) lives.

So all the stories, like the stories all together, talk about how Chilean people, they live, their love, how they act as couples, so it became really, really famous in Chile.

Vella: That sounds really interesting. I would love to watch it.

Daniel: Actually there's a version with English subtitles so any time.

Vella: I have one question though.

Vella: Have you ever called the house and maybe tell them that you're sorry?

Daniel: No, but, no I never did but I think one of my friends, because everyone listened to the shows, so you can see and you can hear that. LIke I know that story or I know something similar so it might be one of my friends I don't know.

My favorite move was based on a radio show.

A 'radio show' is a program you can listen to on the radio that has a specific theme and schedule. Notice the following:

People would call in to the host, and they would explain their problems related to love.

The 'host' of a radio program is the person who leads the discussion on the radio. Notice the following:

He was having an affair with his neighbor, and he was caught by her husband.

When you have an 'affair,' you have a romantic relationship with someone other than your husband, wife, boyfriend or girlfriend. Notice the following:

It shows all the traumas and the problems it creates when you have problems in your childhood.

A 'trauma' is a bad experience that has a long-term affect on you. Notice the following:

Actually, there's a version with English subtitles, so any time.

A 'version' of something is a particular form of something that is a little bit different than other forms. Notice the following:

1226 Success and Failure
Julia and Todd discuss if failure is a good thing.