Spencer talks about how her accent has changed due to her location and friends. 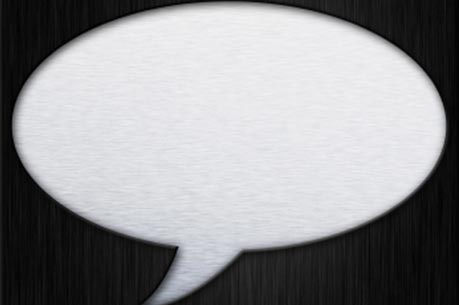 Curtis: Hey Spencer, so I was just thinking, it's kind of interesting. Sometimes your accent, it's hard to pinpoint where it's from, sometimes I think it's from a country outside of the US, but you're from North Carolina, right?

Spencer: I am from North Carolina, although the other day I was at Starbucks and ran into some friends, one of whom, I never met before and she said, "Oh, where are you from?" And I said, "North Carolina." And she's like, "Are you sure?" Yeah. No, I've lived with a ton of different people from just all over the world and I've found that I've come to mimic their accents. My best friend, [0:00:36.2], she's Welsh and then probably after her my two best friends are, one's Aussie and one's Kiwi. And so everybody who I meet tells me that I tend to sound either Australian or New Zealand ish or Kiwi or even British. So yeah. No. And it's funny too because of American accents, people tend to think that the south has a very strong dialect, they speak really slow, sound...

Spencer: Extra vowels,yeah, from Wilmington, North Carolina. But no, like I've lived out of the country now for a couple of years and nobody has really been able to pinpoint me, "Oh, North Carolinian, yeah, southern accent." So yeah, no way. I have a mixed blend of accents.

Curtis: So what accents are your favorites?

Spencer: I really love the South African dialect of English, it's, you know, a mix of British English, Australian and it's just really cool sounding to me. I also really like the Kiwi, the New Zealand accent, some Australian but not quite, I feel like they don't quite hang on to their words as long. Australians tend to kind of draw out words whereas I feel like Kiwis are a bit more short. I think just a lot of the words are a lot more euphoric, for example in America, we say, you know, "Trash", and it just doesn't sound very good to the ears. But you know, British and Australians, they say, 'Oh, rubbish'. And it just sounds a lot better to me, instead of saying like, "What, I did't hear you, what." They say like, "Oh, pardon." It just sounds more polite I think and more like better sounding to the ears.

Curtis: And the stiff- upper-lip culture.

Spencer: Yeah, stiff upper lip culture. I'm not a big fan of the Canadian accent. I feel like a lot of times they say, "Hey", kind of after everything. And it sounds very much like American accents. I don't ... being from the south I don't have a big ... I don't really like the northern accents, they tend to ... we say speak as if you are holding their nose, so like this, right, that was southern, but they seem to talk through their nose.

Curtis: Like maybe from Boston, where you park the car.

Spencer: Exactly, yeah, jazzy, jazzy shower, yeah. It's interesting too like when I lived in Sweden, the Swedes from Stockholm, thought the same of the swedes from [0:03:13.8], that they spoke as if they were eating soup at the same time that they were speaking.

Spencer: And the people from southern Sweden thought that the stockholmers were speaking as if they're also like holding their nose at the same time that they were speaking.

It's hard to pinpoint where it's from.

Pinpoint means to locate or indentify something. Notice the following:

I was at Starbucks and ran into some friends

When you run into someone, you meet them by chance. Notice the following:

I've come to mimic their accents.

When you mimic someone, you try to speak as they do, sometimes in an joking manner. Notice the following:

Australians tend to kind of draw out words.

When you draw out your words, you say them longer and clear then normal. A slow accent is called a drawl. Notice the following:

And the stiff- upper-lip culture.

People with a stiff-upper lift rarely show emotion, even in times of anger or excitement. Notice the following:

1257 Traveling to Taiwan
Hana talks about a trip she took to Taiwan.
﻿
INT 5
Chris Adelina

1256 Belgium Education
Chris talks about the education in Belgium.