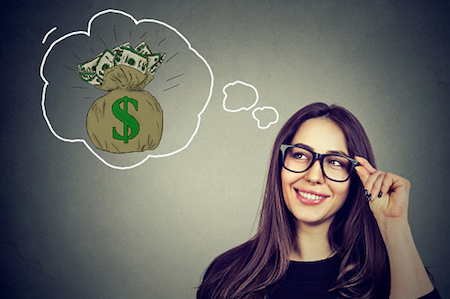 Listen as a group of people talk about what they would do if they had a million dollars.

If I had a million dollars what would I do? Well first, I would take a portion of that money and put it into savings. That way I would not be able to spend that moneylater. Secondly, I would probably take some money and go traveling around the world. I would do everything that I've always wanted to do on my to do list in life. And lastly I would give money to charities and churches and the rest would be given to my family and friends and everyone I love would be given an amazing present.

I would buy an expensive house on a tropical island somewhere and a yacht and I would buy a very, very nice car and a private jet. I don't know if a million dollars would buy all this stuff now. But I would just spend my days enjoying life.

If I won a million dollars I personally would ... I would probably quit work and apply to a better university. You need money to get into college in the states so that would really help me out. I think I'd definitely buy a new house, maybe not a huge mansion but I wouldn't be renting anymore that's for sure.

If I won a million dollars what would I do? I don't have the need to have any special large possessions such as a house or expensive car. I think that I would put the million dollars somewhere safe where there is no risk of anything, like the stock market, and I would live off the interest for the rest of my life. Even in a very safe circumstance, the return would probably be three or four percent being thirty or forty thousand dollars a year and I think that I could comfortably live off of that which would allow me to travel and see the places in the world that I haven't been to yet.

Wow! This question's really great. What would I do with a million dollars? Wow! I would probably invest all this money, but invest in my own businesses. These days I just think about making business, starting a business, so I just want to work for myself, so I would probably invest my money creating businesses and working for myself. It would be something really like that.

A million dollars! If I won a million dollars, I'd go around the world. I haven't been to Africa and I'd really like to go. Secondly, I'd buy a really big house with a really big television. Then after, if I had any money left, I would invest. Maybe give some to my parents.

Six people discuss if they would rather be a famous athlete, movie star, musician, or politician.

I'd like to be a movie star and that's because I like acting and I think it's be interesting if I can act for a scene like crying, I can drop tears very easily and laugh, and give a big smile to the audience and if there's like an eating scene, I think I can eat very well.

I think I'd most want to be a movie star. I'd like to be glamorous and able to dress up on the red carpet. I'd least like to be a politician because I think a lot of people complain about them all the time and they're never viewed very well.

So, I think I'd want to be a pro athlete. I love the outdoors. I love sports. I wouldn't mind being idolized like many pro athletes are, and basically you get to play a game for a living and you make a lot of money. Something that I wouldn't want to do would be to be a politician. I don't like politics and I heard somewhere that someone says that once you become a politician you just inherently lie, and I wouldn't want to do that every day.

Yeah, I think I'd want to be a politician because if you're a politician you can make changes, you can influence people's lives. I know a lot of politicians are dishonest but I think you have the chance to do good and make changes. If you're a movie star or a singer, you're gonna get old and when you get old, you won't be popular and an athlete you have a very short career. You can't have a very long career either, so I think the best bet is to be a politician and influence people and be productive your entire life.

Point 1: The second conditional refers to the future, when there is little chance of the action happening.
Point 2: The 'if' clause can start the sentence or come at the end of the independent clause.
Point 3: Instead of would in affirmative sentences, you can use 'd instead.
Point 4: We can use 'could' instead of 'would'.
Answer the following questions about the interview.

3 Subordinating Conjunctions / Reason
I like my town because ... even though ...
﻿
INT 5
Varied

5 Second Conditional
What would you do if ...?