Kanade talks about where she is from in Japan and why she likes it there. 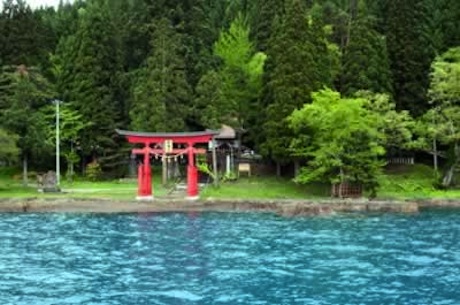 Todd: So Kanade, why don't you talk about where you're from.

Kanade: OK. I'm from Akita, which is Northern Japan. And there is a lot of mountains and you can see changing color in the fall and in my home Yashima town, there are only six thousand people in there and there is a waterfall called "Hotonedake", which is the best one hundred fall in Japan.

Todd: So you've seen it?

Todd: So how high is this amazing waterfall?

Kanade: Could be both.

Todd: Oh really, that's a big waterfall. OK. When is the last time you went home?

Todd: Uh-huh. Really? Both you're parents still live there?

Todd: OK. And were your parents born there?

Kanade: Yes, but different town. My father is from Yashima, same hometown, same home as my home, but my mom is from Nigaho, next town from Yashima.

Todd: Oh, OK. Do you have a lot of childhood memories.

Kanade: Yes. Actually but my dad was really busy, so my mom took me. Took me many, many places...as a child.

Kanade: I think so. Yeah.

You can see changing colors in the fall.

'The fall' is the time between summer and winter.  In some areas of the world this is the time of year where the leaves change color and fall off the trees.  Notice the following:

My father is from the same hometown.

Your 'hometown' is the place where you were born or where you lived for a long time.  Notice the following:

A 'waterfall' is a place, usually in a river, where water moves from a high place to a lower place by falling. A waterfall can be very big or small.  Notice the following:

My mom took me many places.

in the fall • hometown • waterfall
takes her
Answer the following questions about the interview.

44 Japanese Life
Kanade talks why she likes it there.
﻿
INT 4
Cat

43 English Life
Cat talks about the town she is from.
﻿
INT 4
Nobu

41 Weekend Get-away
Adrianna is getting out. She explains where and why?