Lois talks about her favorite sport, and a recent popular tournament. 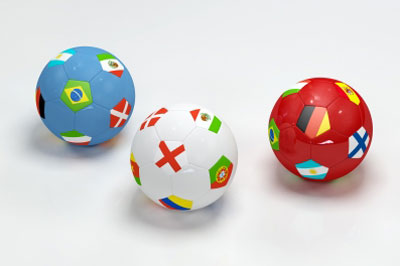 Todd: Hey, Lois, so what do you think about the World, not the World Cup, the Euro Cup so far?

Lois: So far it's been an interesting tournament. I didn't expect to see Greece and Portugal make it to the final. I was a little bid disappointed with England's performance, but I think they were beaten by a better team.

Todd: Yeah, really, you think so!

Todd: Mm, so what happened in the match?

Lois: So I think if I remember correctly, the match was 2-all, but I can't remember exactly now. No, 1-all because at the last minute England scored to make it 2-1, but that goal was disallowed so then it went to extra time and then I think Portugal scored first, then England scored again to make it 2-all and then it went to penalties, and David Beckham missed, uh a terrible terrible goal, missed a penalty, and then I think Portugal missed one and then England missed again and then Portugal's goalkeeper scored and then it was all over.

Todd: So who do you think is going to win it all?

Lois: So in the first match, it was Portugal against Greece and Greece won 2-1, so although Greece are the underdogs, I think maybe they can win, but it is in Portugal, so maybe Portugal will win with the home crowd.

Todd: Are you going to watch it?

Lois: I would love to watch it, but in Japan it's on at 3:45 in the morning, and so I don't think I'm going to miss my sleep to watch it.

So far, it's been an interesting tournament.

'So far' refers to what has happened during a period of time that started in the past and continues until the current moment. Notice the following:

at the end of the day

I think at the end of the day, they probably deserved to win.

This phrase is used to show the final result of something or make a comment about the conclusion showing that events to get there were not as important as the final situation. Notice the following:

England missed and Portugal scored, and then it was all over.

When something is 'all over' in this sense the result has already been determined even though the game may still continue. Notice the following:

Although Greece are the underdogs, I think they can win.

The 'underdogs' in a competition are the ones who have less of a chance of winning because of their capabilities or past history. Notice the following:

I don't think I'm going to miss my sleep to watch it.

If we 'miss sleep' we stay awake to see something or that it isn't really that important or interesting. Notice the following:

so far • at the end of • all over
underdog • miss sleep