Sarah compares life and teaching in Japan and England. 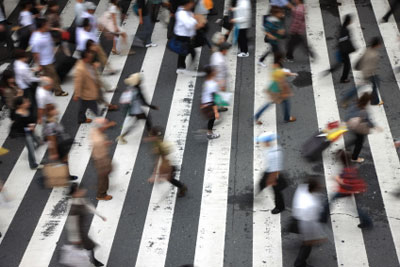 Todd: OK, Sarah, how long have you been in Japan?

Sarah: I've been in Japan for two months. I came in April.

Todd: Again, when did you come to Japan?

Todd: OK, and what do you think about Japan?

Sarah: It's a very interesting country. I expected a very big culture shock when I first came here because I've never been to Asia. I've always taught in Europe and I've been to America but they were all places that weren't particularly different from England, like Japan, but I didn't have any culture shock and I don't know if it's just because I was in an environment with other English speaking people and I was in a company where it's very secure and safe so there was not need to have that kind of shock but I think the differences here are just unbelievable. It's very difficult to explain it to somebody who's never been to Japan before, so talking on the phone about being here, talking to someone back in England is very difficult to explain to them how different it is here.

Todd: Yeah, what do you think about the food?

Sarah: I like the food because I like fish so I was lucky, so the food, I've tried some different things, tried to be adventurous.

Todd: And the people?

Sarah: Ah, the people are nice, very nice, first quite difficult to, when teaching, very very different than teaching Europeans, particularly the Austrian people from my experience are very loud and forthcoming, and at first they were very, very quite, and we've seen quite a difference now that they've got to know us, and they've opened up quite a lot and it's easier, but generally I find the people very kind in the streets. When we meet people they're always very helpful, very kind.

Todd: Yeah, I think Japanese people are, that's one of their best traits. Yeah, they're very, very sweet. OK, what do you think about the weather?

Sarah: Yeah, very changeable. I was quite surprised. Most people think that in England the weather is very, very bad but here it's, the rain is just unbelievable. I've never seen rain like this before. It's just very, very changeable and it can be hot for a minute and then the next day it's quite cold.

Todd: And now, it's very loud. You live by the train tracks. What do you think of the trains?

Sarah: The service, or?

Sarah: I'm not, I don't think about living by the trains, but I think the trains are very, they're always on time, always very frequent, very good service but I have never seen so many people get on a train before.

Todd: Yeah, they are very crowded.

I expected to have a very big culture shock, but I didn't.

'Culture shock' is how you feel when you move to a new location and the habits and people are very different from what you are used to.  Notice the following:

With food, I've tried to be adventurous.

If you are an 'adventurous' person you take risks and try new things. Notice the following:

Austrians are usually loud and forthcoming.

Someone who is 'forthcoming' is direct and cooperative. They will help you or give you any information you ask for. Notice the following:

The weather is very changeable, and the rain is unbelievable.

If something can change a lot from one moment to the next we say it's 'changeable.' Notice the following:

The trains are always on time.

When something happens at the time that it is supposed to then it is 'on time.' Notice the following: