Tom shares what men wil do and pay to look good. 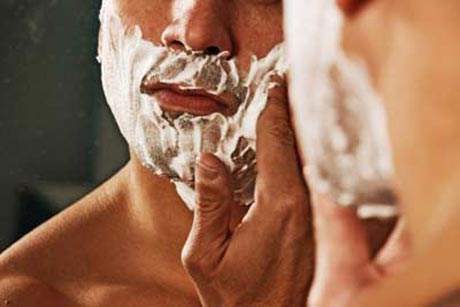 Jess: OK, so Tom, I've told you all about my beauty regime. You look very well groomed. Could you tell me what do you do to keep yourself looking good?

Tom: Well, thank you Jess. I mean this look is the product of many stages of evolution. When I was a teenager, I had long hair pulled back in a pony-tail, but at that time I wasn't growing a beard yet so I did get mistaken for a girl, so since then I've had short hair. There have been some periods when I've been traveling and when I'm traveling I don't like to bother too much about grooming, and my beard has started to grow, and it was a couple of years back that I went back to my job after traveling. I didn't have time to shave, and my colleagues and students saw me with a full beard, and to be honest they weren't as rude as I thought there were going to be, and I thought well maybe this looks good, so I thought I'd keep that. The beard lasted perhaps a year and then it began disappearing and appearing according to my whim and now I've settled on a goatee which is where I shave my cheeks and underneath my chin, but I keep the mustache and and beard around my mouth. I've never grown sideburns because I'm a little embarrassed to say, I've never managed to get the connection between my beard and my hair. There's a little gap just by my ears which never has quite grown hair, so that's where we got to where we are today.

Tom: Do you mean my legs? No, I have never shaved my legs. I'm not a very hairy guy, but I just don't feel comfortable with men shaving their legs. A friend at university was a cyclist and he always shaved his legs and I thought it was strange because ... I mean, seriously, is wind resistance that important that you need to shave you legs to get the extra bit of speed on a bicycle, but he explained to me, "No", it's to do with evening after cycling and you have to get a sports massage and a massage is much easier if you don't have hair on your legs. I always thought it was about wind resistance, but I was completely wrong.

Jess: So, it sounds like in comparison to mine your beauty regime is very simple.

There are many stages of evolution.

We use the phrase 'stages of evolution' to talk about something that has slowly changed over a long period of time. Notice the following:

To be honest, I just don't know.

We use the phrase 'to be honest' when we want or need to be direct. Here are two samples:

according to my whim

appearing according to my whim

When we do something according to our whim, we do it based on a feeling, not for any special reason. Notice the samples:

I've settled on a goatee.

To settle on something means to make a decision. Here are some samples:

After years of study, I'm embarrassed to say I don't speak English well.

We feel embarrassed when other people learn something about us we don't want them to know. It's usually not a serious secret. Notice the sample sentences:

Is wind resistance that important?

When an object; for example, an airplane, a formula one car  moves at high speed, air pushes back in the opposite direction causing wind resistance. Notice the following:

evolution • to be honest • whim
settled on• embarrassed • wind resistance