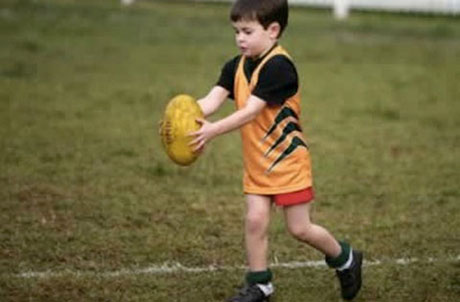 Todd: Okay Monica, we're going to debate winning and sports, especially for young people. So do you think that winning should be stressed with sports, with, let's say high school athletes?

Monica: Well, it depends on the situation and what they're training for, but generally I think that winning is overemphasized in sport. I think that participation is more important. Yeah.

Todd: Why would you say that?

Monica: Well, I think if you concentrate too much on winning, then the problem is, if you don't win, you don't enjoy the sport, so the emphasis is shifted from enjoyment to basically results, so I think it can be quite damaging.

Todd: Right. I kind of agree with what you're saying. And actually, I played high school sports, and I was never very good. And I always wish I participated more than I did, but I actually think that the focus on winning in some ways is quite important, and that it does serve a good purpose to have a focus on winning rather than on participation.

I think the main reason is because when you focus on winning, that drives everybody to be better. So if you want to win, if you want to be on the team, etc., you have to force yourself to be better, and it's the carrot on the end of the stick. And it makes people train harder, work harder, it sets a goal for them, and it kind of prepares them for life that sometimes you fail, and sometimes you don't get what you want. And so that's why sports and the whole focus on winning is good because it's exactly how life is in the real world.

Monica: I would tend to argue the other way and say that actually sport doesn't reflect life in terms of winning and losing. I mean, let's take a work situation. It's not about winning or losing, it's about cooperating with people that you work with, and so, if you have had an upbringing where you've been in a sports team that has been overly competitive, you could transfer that competitiveness into a workplace and it can be counterproductive because it may mean that you... you're just not very good at being a team player in a work environment.

Todd: That's actually a really good point. But you can also argue that actually, you know, even a work environment is like sport in that you have teamwork, and you have to work together, and if you don't work together in a very productive way, maybe you'll be out of a job, or your company won't be productive, so you need to have that instinct to continually drive to be better; to be better than other people. And it sounds really brutal, but I think that's just how business works.

Monica: Well you're talking about work being business, but I mean, I'm a teacher, and... it brings me to quite an interesting discussion that's taking place now in teaching, which is two different, kind of political views really, in terms of teachers because people want high standards in terms of their teachers. And one idea is to rate teachers in comparison to other teachers, and basically give the top teachers incentives so that they get paid more than teachers who aren't as good as them. But the counter-argument to that is that it creates a really hostile environment in the workplace, and in a school where you really need teachers to work together, I'm not sure that that's the best way to go.

Todd: Yeah, well that's another debate for another day.

Monica: Is that a cop out or what?

When you focus on something, you concentrate your energy on that one thing. When you focus on winning, you play a sport mainly to win. You do not play the sport for fun or to learn something. Winning is the most important thing: Notice the following:

You have to force yourself to be better.

When you force yourself to do something, you make yourself do it even though you do not want to do it. Notice the following:

When something reflects life, it "mirrors" life and looks just like it . Notice the following:

It can be counterproductive to act that way.

When something is counterproductive that means it serves a purpose, but at the cost of something else. For example, if you stay up studying all night for a test, it can be counterproductive because the next day you will be too tired to remember anything or be able to focus on the test.

The counter-argument is that it creates a hostile environment.

A counter-argument is an argument that goes against an original argument. Notice the following:

It creates a hostile environment in the workplace.

In a hostile environment, people do not feel comfortable because other people make them feel not welcome or show anger or hatred towards them. Notice the following:

Is that a cop-out or what?

When you cop out of something, you try to get out of or evade doing it. People are expecting you to do something, but you elect not to do it often for another reason, such as an injury or some type of excuse. For example, if you are playing soccer and losing badly, and then ask to stop playing because you are tired, then you cop out. Notice the following:

focus on • force • reflect
hostile • cop out
Answer the following questions about the interview.

1010 Mongolian Vacation
Heidi talks about things to do in Mongolia.
﻿
BEG 3
Heidi | Todd

1009 School in Mongolia
Heidi talks about what school is like in Mongolia.
﻿
INT 4
Amir | Tu