Abiedemi talks about the popular movie scene that rivals Bollywood and Hollywood. 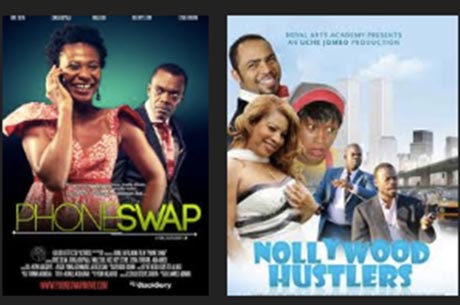 Todd: So Abidemi, we’ve been talking about art and culture in your country of Nigeria. What about film, do you have a movie industry?

Abidemi: Yes, so we produce a lot of movies every year. And actually, a lot of these movies I know I watch a lot of them in YouTube or the internet. And some of our stars, some of the actresses and actors are actually going to other countries like Ghana, they are doing movies with them, collaborating with Ghana and maybe the Benin Republic, neighboring countries to Nigeria. And some actually have moved over to the United States. A little bit, they are starting to, and collaborating with some people there as well. So it is booming and people that are involved in that industry are making more and more and more money each year. To the point that before maybe 20 years ago, if a child said to his or her parent that, "I want to be an actor or actress", that was the worst job you could ever do and they would be like, “Why?” But now, it’s actually something that parents are, “Alright, okay, you want to be an actor like this person or that person?” It’s not so bad anymore because they can make money, if they make it, so yeah.

Todd: So Bollywood has a very distinct kind of image of you know, the music and the dancing and Hollywood kind of has also like you know the action and bang, bang type movies.

Todd:So, can you describe what a Nollywood movie is like?

Abidemi: That’s a great question. I think Nollywood is closer to Hollywood in the fact that we don’t have as much the kind of dancing and music and the musical value that Bollywood has. Nigerian movies are more dramas, I would say. There they try to make action movies but it’s not quite to the level of Hollywood just as yet. So it’s more drama, it’s about life stories, things that are happening in Nigeria and one thing that I’ve heard and that I’ve noticed in Nigerian movies is the fact that they try to present people that live rich lives. Nigeria is still a developing country, so many people don’t have access to some things so movies tend to present people that are well-off, that live in big houses, drive big cars and can travel abroad, have education. So you have that theme going through a lot of these movies where maybe somebody, a poor girl, she meets a rich man or vice versa.

Abidemi: So, it’s more for fantasy to get people to think of a different life that anything is possible. That if you, maybe if you try or maybe some day you might meet your prince charming, or what not. So there is that aspect to it, yes.

It is booming and people are making more money each year.

When something is booming, like an economy or town, it is doing very well. Notice the following:

You might meet your prince charming, or what not.

Here, 'or what not' means 'things like that.' Notice the following:

A bang-bang movie is an action movie. Bang-bang refers to quick action. Notice the following:

Movies tend to present people that are well-off.

People who are well-off are very rich. Notice the following:

You might meet your prince charming, or what not.

The term prince charming is slang for the perfect man that most women hope to meet, but rarely do. Notice the following: