Rory and Abidemi talk about how life is fast-paced these days end everyone, even children, are very busy. 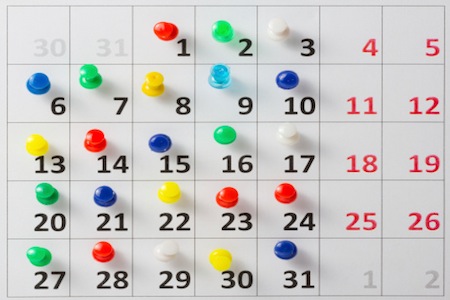 Abidemi: So Rory, talking about schedules, do you ever think that life is too busy or too much that we’re trying to fit too many things?

Rory: Maybe for some people. Not for me, actually. I take life quite slowly. But I noticed with my daughter that we’re always sort of rushing her to do things. So when she comes home from school, she has to do her homework. And then one night a week, she has to go to swimming then she has piano, then she has like an acrobat lesson.

When I was a kid, we did nothing after school, you know. We went to the park by ourselves and played. But nothing was scheduled, so we just did what we wanted.

Rory: So do you think like kids today, we try and make them do too much or they try and do too much.

Abidemi: That’s a really good question. And I think, yes, you’re right. It feels like a lot – that we expect a lot more from kids these days. Whereas similar to your background too, when I was growing up, I thought sometimes that I was bored out of my mind because there was just nothing really much to do except for maybe going to the library and borrow some books to read. And I had all the time in the world to read them.

But these days, you see kids running around trying to do it all. Play soccer or some kind of sports or do some club activities or just something. They are always busy, the kids I see around me. So…

Rory: Yeah. Yeah. I think we’re trying to make them maybe grow up too quickly or do too much too soon. When I was kid, you could sort of find your own path. You know, when you became a teenager, when you start to get to university, starting to make these choices.

Abidemi: I don’t know either. It also seems that it comes with our world today. It’s a lot more competitive. And what I’ve heard is like people are trying to prepare their kids as much as possible. I’ve heard, for some universities, you need to show that you can handle a lot.

Abidemi: And because everybody is the same place, they’re all racing for the same positions that if you don’t distinguish yourself in some way, you can’t make it. So in response to that, parents are trying to pile as much on the kids as possible.

Rory: Yeah. I was reading something that said that employers really look now for extra-curricular things that kids do. So not just their grades but what clubs were they members of. Were they acting in the theater, were they a member of a sports team and these things seem to be becoming more important now.

Abidemi: I think it’s a shame. I like the way I grew up. Yeah. I’ll like if my kids could have a bit more freedom but I can also see that with the way the world is going, I would probably be anxious for them to do as much as possible so that they can have the best in the future.

Abidemi: There you go. That’s it. Yeah.

We’re always rushing her to do things.

When you rush to do things, you do them in a hurry. Notice the following:

bored out of my mind

In school, I was bored out of my mind.

When you are bored out of your mind, you are very bored. Notice the following:

all the time in the world

As a kid, I had all the time in the world to read books.

When you have all the time in the world, you have plenty of time to do what you wish. Notice the following:

find your own path

When I was kid, you could sort of find your own path.

When you find your own path, you pursue your own interests without worrying about pleasing other people. Notice the following:

You can make it.

When you can make it, you succeed at something. Notice the following:

the way (things) are going

The way the world is going, I am anxious.

Here, 'the way the world is going' is a phrase to describe trends. Notice the following:

bored • own path • all the time
handle • make • the world