Olga from Russia talks about the key to being a healthy person. 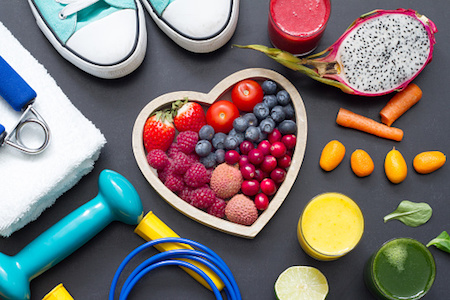 Todd: Hello, I am here with Olga, she is from Russia. Olga, can you go ahead and introduce yourself?

Olga: Yes, sure. I do a lot of things that concern health and happiness. I am concentrating on modalities that allow you to help yourself, so I do a lot of courses of self-healing, so I have a lot of different alphabet soup after my name. HHP, which is Holistic Health Practitioner. NC, which is Nutritional Counselor. But I like to refer to myself as health coach.

Olga: Well, I was very excited to find out that while I thought I was studying different modalities, some oriental healing systems like Chinese and Ayurvedic and Japanese. And then I thought, "Oh, I'm studying something totally different in US" when I went into American Indian healing systems. Or when I was in Russia, we have our own traditions. But then I discovered that all of them, even though they use different words, have something in common.

The deeper you understand the principles, the closer they become, and in the end they converge into three points. So any successful healing system addresses three health problems and turns them into three healing opportunities.

Todd: Wow, that's so interesting. What are these three principles?

Olga: Sure. One of them is toxicity. So what I call toxic is anything that is too much. Even something good can turn into bad when you have too much of it. Toxicity doesn't come in the physical form only. We can have toxic food and air, but we also can have toxic thoughts or toxic emotions, so when I say toxicity, I say that it's on all levels of existence, body mind and spirit.

Todd: Oh that's so fascinating. Can you expand on that a little bit more, give some examples?

Olga: Absolutely. When I say that something good can turn into bad, I can give you example of water. Everybody knows that to drink water is very important, and dehydration causes a lot of diseases, especially nowadays. But if I ask you to drink 20 liters of water, what do you think will happen?

Todd: You would get sick, right?

Olga: You die, because the 20 liters of water rushing through your system will wash out all your electrolytes and you will not be able to sustain life.

Todd: Wow, I've read of people actually dying like on marathons and stuff because they overhydrate actually. It can get risky if you drink too much.

Todd: Wow, so interesting. What other tips do you have about wellness and health?

Olga: We just covered one of the routes, which is too much of something what they call toxicity, but there are two others. So root number two is deficiency, which is the mirror opposite of toxicity.

So what are you lacking in? Is it nutrients? What do you need to bring into your life? Maybe it's self-love, maybe there is a deficit of self-love and acceptance and respect. Or maybe it's a deficit of knowledge.

Todd: Oh, that's so interesting. We're in Bangkok and that actually reminds me of a time that I was not eating that many vegetables and I felt really sick, andI was walking and in my brain I felt like my body was talking to me. It was saying, "Go eat a salad. Like you need to eat a salad immediately", and I went and ate a salad. I was 23 years old at the time, and I felt immediately better. I remember thinking, "Wow, my body literally was talking to me, telling me to go eat my vegetables."

Olga: I believe that our bodies do it all the time. But if we ignore the voice, the voice becomes so low, it becomes a little whisper and then it nearly disappears. To resolve that problem of not listening to yourself, I actually teach a class on bioresonance, that brings the voice back up again.

Todd: That's interesting. So what is bioresonance?

Olga: Bioresonance is an umbrella term for a lot of different modalities, and how to use vibration, their resonance, their energy, to understand something about the universe or yourself.

Todd: Oh, that's fascinating. So, you said that we have toxicity, and then we have deficiency. What's the third problem?

Olga: The third root of pretty much any disease, physical and mental, is stagnation. So when something is stuck, like let's say water doesn't move, it becomes to stink. Yeah, so stagnation is death and movement is life. It works on cellular level, it works on planetary level, on the level of our whole organism. So everything should circulate, there should be circulation of oxygen, of blood, lymph, of thoughts, emotions. When you block the flow it usually manifests as pain. Pain is either stuck or broken flow of energy.

Todd: Wow, that's so true. You know, that reminds me of one of my favorite sayings, "Variety is the spice of life." Basically we always should have some change, we shouldn't always be stuck in a rut, so to speak. And we should be trying to do new things. Correct?

Todd: Wow, that's great. Thanks so much.

I am concentrating on modalities that allow you to help yourself.

In medicine, a modality is a symptom or pattern that aids in diagnosis. Notice the following:

They converge into three points.

When things converge, they meet at a point. Notice the following:

So stagnation is death and movement is life.

Stagnation is when something no longer is moving or growing. Notice the following:

stuck in a rut

We shouldn't always be stuck in a rut.

When you are stuck in a rut, you are not progressing. Your life is not improving. Notice the following:

I am always about full spectrum:

A spectrum in science is the full range of primary colors. It also refers to a wide range of classifications. Notice the following:

When something is distilled, it is made pure usually by using heat to remove fluid from particles through steam. Notice the following:

Video 1491
What is an unhealthy food you enjoy?