It is what it is!

Listen to various common phrases that use noun clauses. 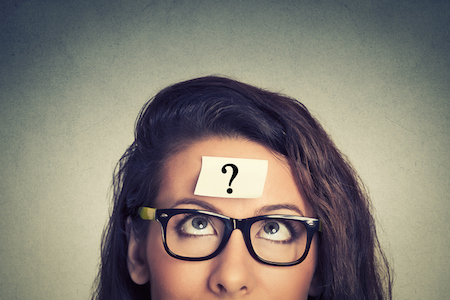 Todd: So Darcy, we are going to talk about some common phrases in English and all of these phrases actually use what's called the noun clause, which is kind of a tricky grammatical structure, but we just wanted to discuss about the meaning of the phrase and do you think it's true or not true?

Todd: Okay. So the first one is, it's not what you know, but who you know, please explain.

Darcy: I think that means like, even though you might learn a lot of information or have a lot of experience, it doesn't necessarily mean you'll be successful. I think some of it comes from the connections that you have with people and who they know. So sometimes finding a job isn't being the person that has the most knowledge of the subject. It might just be having an acquaintance that has a connection with someone else that can hook you up with that job or a person that can get you to where you want to be. So it really is who you know and not what you know.

Todd: Right. And you think it's true? It holds true in life?

Darcy: I definitely think so. Or I think it kind of depends on the culture. In the United States, there's the belief that you can be successful from working hard. Like the American dream, all you have to do is work hard, but it's not necessarily about having connections, having money, knowing people. It's, you can earn your way up. But in other cultures, it's more about who is older than you and you have to kind of follow a certain path and I think some of that comes through the people that you know, those connections because it's just how the society is set up more. So in that case it's more who rather than what, you know.

Todd: What you know. Correct.

Darcy: So it just depends on culture.

Darcy: Yes. I think another way of saying that is ignorance is bliss. So if you don't know you're making a mistake you can't be hurt by it. So sometimes like if we say something to someone but we're making a joke or something, someone might get offended because of their own experiences or backgrounds. So you don't know what's going to affect them because you're kind of ignorant. You just have no idea. So that's how I feel.

Todd: Okay. So the next one is what comes around goes around.

Todd: Right, exactly. And also maybe if you do something bad, right?

Darcy: Oh yeah, for sure. So maybe if you steal money or you do something bad, then maybe something bad later will happen to you because you put that negative energy out.

Okay. Another one is you get what you pay for.

Darcy: Yeah. I think that means like the quality of something. So if I spend more money then I can get a better quality items, something that will last longer. But if you don't pay a lot of money, maybe something will break down really quickly.

Darcy: Yeah. Even though it costs more in the beginning, if you only buy something cheap and you might have to replace it many, many times. So eventually you end up paying more than you would have if you invested more to begin with.

Todd: Yeah. So true. Okay. So the next two are not really deep ones. They're more just kind of like phrases that we say for situations. One of them is, what you do is up to you. What does that mean?

Darcy: I just think that means you have the power to make your own decisions. No one can tell you what to do, either you decide to do it or you don't. So the responsibility is on you and no one can force you to do something that you don't want to do.

Todd: Right. So you don't have to worry about outside influence or to get permission or anything like that.

Todd: You have total freedom. Okay. And then the last one, this one is sometimes hard to explain to students. It is what it is. We use this a lot in the conversation. Somebody will be like, "Yeah, it is what it is." How would you explain that?

Darcy: I just think it kind of means that's just the rule. That's just how things are. So you can't really question, you can't really change things. You just have to accept it. Like this is what it is and there's nothing you can do to change it.

Darcy: I think there's a second part to that. Be careful what you ask for because it may come true.

Darcy: So it's, if you have expectations and you get them like maybe you wish for a new job and you get the new job and you're really excited, but then you might get what you asked for but it might not be what you expected. So, "Oh, I get it. I get paid more money. Yay." But then it turns out you're really stressed out. You have a lot of extra work to do. You're not happier. You're not happy. You were happier in your former situation. So even though we get what we think we want can be a bad thing, because it might be worse than we expected.

Todd: Yeah. So true. Anyway, thanks for sharing, this were good explanations.

Todd: You're a good teacher.

Point 1: A noun clause is a clause that acts like a noun and can act as the subject or object inside of another clause or phrase.
Point 2: A noun clause is a clause that is started with a WH word or that followed by a clause with a subject and verb.
Point 3: Noun clauses are often used in complement sentences.
Point 4: Noun clauses are also often used as the objects of a clause.
Point 5: We have a lot of common phrases with noun clauses to express a state of being that is hard to explain.
Answer the following questions about the interview.

7 Noun Clauses
It is what it is! Seven cool noun clauses.
﻿
INT 5
Gyri Viyasan

10 Past Conditional
What would you have done differently?