Adam and Sarah discuss things they wish they had done differently in their lives.

Sarah: So Adam, today we’re talking about do-overs. So what is something that you wish you would have done over? For example, maybe something in your university life?

Adam: Yeah. There are a few things. I might change my major. I studied education, and while I enjoy what I’m doing right now, my free time I really like watching movies about science and astronomy. And if I would go back to school and start my studies over, I’d probably study something along those lines, astronomy and metaphysics or something.

I think that those topics are really interesting and on the cutting edge of science and just fascinating to explore. 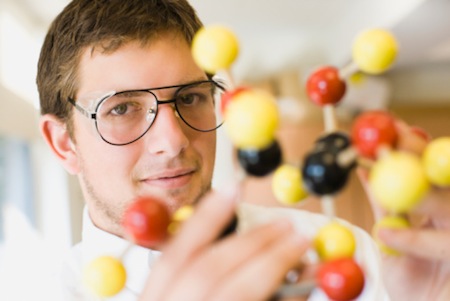 Sarah: Interesting. Anything else you wish you would have done?

Adam: I might have been more involved in the sports clubs at my school. For example, the American football team. I played in high school but in college, I wanted to play but I didn’t have the motivation to push me over the edge to actually go out and really put my heart into it.

I went to one training day and kind of tried out, but I didn’t really pursue it as much as I would have liked. I think it would have been fun to be a part of that culture and that environment.

Sarah: How about something that you did do that maybe now you wish you hadn’t?

Adam: I pierced my ears in high school because that was the cool thing to do. But now I don’t wear earrings. And yeah, looking back on it, kind of just a silly thing to do that I’m trying to follow the trends, that, you know, trends usually pass.

So yeah, that would be something that I wouldn’t do again.

Sarah: Nice. Anything else you would have changed?

Adam: I might have made different decisions about my girlfriends at the time. I had a really good girlfriend in the beginning of college, and things didn’t work out because of a variety of reasons. But I think if we would have worked on it, we could have. We could have made it, made it happen. So yeah, that’s something I think about sometimes about life in college.

It’s always, you know, college love is kind of a crazy thing. So yeah, we’re too much like kids, I guess, I think at that age.

Adam: Today we’re talking about do-overs. So if you had a time machine and you could go back to your college years, is there anything that you might change or do differently?

Sarah: I really wish that I would have had the chance to study abroad. I chose the wrong major initially. I was a nursing major for two years, and worked really hard at a major I was really bad at. And then after two years, I switched schools and switched majors. And because of that, I had so many credits to take that I couldn’t study abroad or do really any extra classes that were fun.

Adam: Hmm, that must have been challenging. Where would you have liked to study abroad?

Sarah: Really, anywhere. I’ve always loved to travel, so I would have been open to going anywhere.

Adam: So you said you studied nursing, what would you have studied otherwise?

Sarah: Well, I first went into nursing because everyone since I was really little told me that I would be a good nurse. So I thought it was my calling in life. And then after taking lots and lots of science classes, which I’m really bad at, I decided to switch majors to education. And then I ended up liking that major, so I’m really happy that I switched.

Adam: Was there any other major that you would find interesting that you might study if you went back or you’re satisfied with education?

Sarah: I’m glad I did education because I really liked that work wise. But if I had to go with things that I’m interested in, I probably would have been some sort of art major. Both of my siblings are artists, so it kind of runs in the family a little bit.

Sarah: Mainly dance, but I also was really into music growing up, so musical instruments and singing.

Adam: So, do you have any friends that were interested in art or dance that you had in those times?

Sarah: Not really. No, actually. 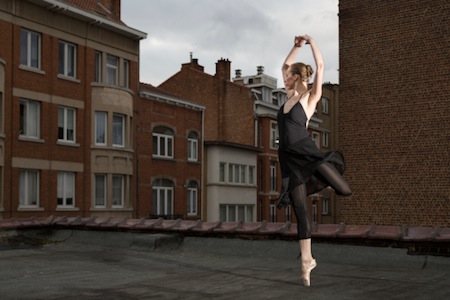 Adam: Do you wish that if you were in a group of people that like the similar things that you might have pursued different interests.

Sarah: Hmm, definitely. I wish I would have done more with dance. I was a ballerina for 12 years. And I gave up on that when I was 14. So I got to the level where I either had to train professionally to do that for a job or stay in a class where the younger girls would keep moving up. And so at that time, I quit.

And although I don’t wish I was still doing ballet, I wish I would continued some kind of dance.

Adam: So Sarah, any funny haircuts or anything like that?

Sarah: Actually, yes. One week before I moved away to college, I cut my hair boy-short. And then after that, like during my first semester, I’d dyed it all different shades of red. And my hair has actually been pretty much every link and every natural-ish color.

Adam: Wow. How did your friends and family respond to your red hair?

Sarah: My mom didn’t like it so much. She thought I was going to die like a natural red color, but it was more of fuchsia red color. So she didn’t like it very much. But my friends and like siblings understood because I’ve always been very different and didn’t really care what other people thought about how I looked.

Sarah: For a while until I wanted change. I love change, so I’d always switch it to something else.

Point 1: We use modals plus the present perfect to speculate an alternative outcome to a completed action.
Point 2: We use the third conditional to express an outcome we cannot change.
Point 3: We use wish + past perfect or wish + would + present perfect to show regret. The meaning is the same.
Point 4: The modal changes the meaning of the word.
Answer the following questions about the interview.

7 Noun Clauses
It is what it is! Seven cool noun clauses.
﻿
INT 5
Gyri Viyasan

10 Past Conditional
What would you have done differently?