Marion talks about an encounter with a spider in Australia. 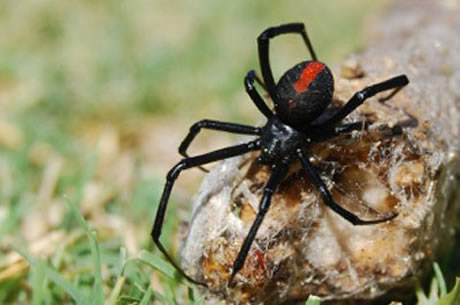 It was interesting as well while we were out on the farm. There were thousands of trees, I think, on the farm. So, we saw lots of different insects and little animals as well. The most exciting thing I saw was a redback spider because the redback is one of the most poisonous spiders in Australia. So, I had been traveling there for over a year, I think at that stage, and I'd never seen a redback spider. But, I'd seen lots of colorful spiders, so that, every time I saw a new colored spider, I'd go and have a look and maybe play with it a bit or take a photo, something like that.

So, while I was picking the macadamia nuts with my friends, I saw a really brightly colored spider, so I decided to get a stick and kind of turn over a leaf and see what it was doing, and then, I was kind of looking at it for a while and then suddenly I realized, "Oh, my God! It's red and black. It's a redback spider!" So. I thought, okay, I'd better stop playing with this guy and leave him alone. So, after over a year in Australia, I saw my first redback on this macadamia farm. And then, later on, that night, just before I was going to bed, I walked into the room I was staying in with my friend, and there on my bed was baby redneck spider... redback spider, sorry and I couldn't believe it. After one year, no redbacks and then two in one day. It was a bit crazy really, so I had to get someone to help me to get rid of it, cause it was a bit scary.

The redback is one of the most poisonous spiders.

"Poison" is a substance that can cause injury or even death because it is toxic. Many insects and snakes are poisonous, or venomous, to kill their food.  Notice the following:

I had been traveling there for over a year at that stage.

"At that stage" is another way to say "by this point" or "at that time." We use it to give time reference to the situation we are describing.  Notice the following:

I decided to get a stick and kind of turn over a leaf.

"Turn over" is the action of flipping something over, so the top goes to the bottom.  Notice the following:

To "leave something alone" is to not touch it or talk to it and go far away from it.  Notice the following:

get rid of it

I had to get someone to help get rid of it.

To "get rid or something" is to throw it away or put it in a place away from you because it is bad.  Notice the following:

poison • that stage • guy
leave her • get rid of