Lia talks about the worst things about her city of Jakarta. 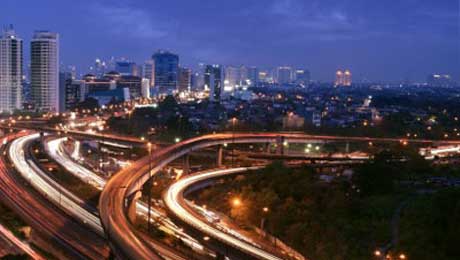 Todd: Okay, Lia, you said that in your city Jakarta, one thing that is not good is the pickpockets. Is there anything else that maybe is not so good about Jakarta?

Lia: I would say the traffic jam is such a mess in Jakarta. There are so many cars, so many other public transportation but the road is still the same so it's kind of difficult. And also, the behavior of the drivers themselves is not that good. They don't follow the rules. They usually just pass the traffic light. So it's really bad, the traffic jams in Jakarta. So that's why a lot of people come from the sides, in the suburbs near Jakarta. If they work in Jakarta in the downtown so they have to wake up like 5:00 in the morning or 4:00 in the morning and go to the street and spend two to three hours to reach their work or school. So traffic jams really are such a waste of time.

Todd: So is the government trying to do anything like build more roads or build public transportation?

Lia: They try to solve it by one type of bus what I call "TransJakarta", but still TransJakarta is also controversial because some people said because that bus has special routes so for example if you have three lanes for the cars then one lane is for that special bus, so the others have to go for the other two routes, so the street becomes narrower because of TransJakarta, but actually the government tries to solve that problem by that kind of means.

Todd: Wow. So is there anything else that is a problem in your city?

Todd: Anyway, thanks a lot Lia.