Lia talks about the best things about her city of Jakarta. 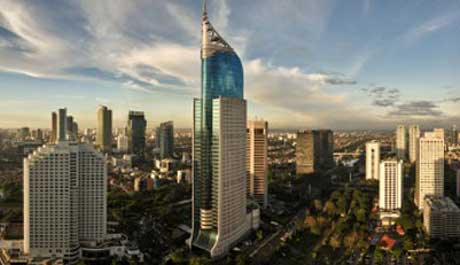 Todd: So Lia, you're from Indonesia. What city are you from?

Lia: I come from Jakarta the capital city.

Lia: There are a few best things about Jakarta I would say. First, maybe the shopping. We have a lot of department stores. They build new ones every year I guess recently. There is a wide range of department stores. You can find a very big one with expensive and luxury goods, but you can also find an average one or smaller scale one with cheaper goods.

Todd: Ok, so where do you prefer to shop?

Lia: I prefer to do window shopping in big department stores because you can see a lot of very luxury goods there. But for buying some things I prefer to go to the average one.

Todd: So, besides the shopping what else is really good in Jakarta?

Lia: I would say the people is very friendly. They are very interested in new cultures, in foreigners, in new things actually. So whenever a visitor or traveler comes to Jakarta actually they will...if you ask something, they will try their best to help you out if you have any problems. They are very friendly actually.

Todd: Oh, that's nice to know. So for people in Indonesia or in Jakarta, what's the best way to get around? Should you take a taxi? Should you rent a car?

Lia: I would say it is better if you have a friend who guides you and uses his own transportation.

Todd: So you wouldn't recommend the bus?

Lia: I would not recommend you the bus 'cause (Why not?) we have quite a lot of pickpockets there.

Todd: On the bus?

Lia: On the bus. But we have a very new kind of bus, we call it TransJakarta. I would say that only that one is quite safe and it's quite convenient because those buses have special rules and because it's new maybe it starts two or three years ago. So it's still new and it's quite good but the other buses, they stop whenever they want so it's quite not good, it's quite risky and we have a lot of pickpockets.

Todd: Anyway, that's good to know. Thanks a lot Lia.