Pet Peeves on the Bus

Jeremy talks about some things that really annoy him, especially things people do on the bus. 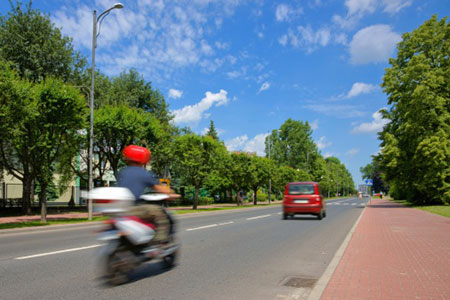 Abidemi: So Jeremy, can you tell us some of your pet peeves, things that people do that drive you crazy?

Jeremy: Well, I would say I’m, for the most part, a pretty positive person and pretty open-minded. But there are some situations that sometimes I can barely control myself when I’m in these situations. And one of these situations is riding local transit. So either a subway or a bus. I spend a long time in Vancouver, in Canada. And the bus situation there is something that can really drive people mad because it’s simple bus etiquette that can make or break your day.

And things like people talking on their phone or people clipping their toenails on the bus or people not moving to the back of the bus so that there’s no room and people don’t get on the bus because the bus driver doesn’t ask them to move back. It’s just a non-stop list of things that just get under my skin when it comes to the bus. And it seems like a small thing but I don’t have a car and I rely on the bus to get to and from work everyday. So it’s a place where I spend more than an hour of my time. And that’s an hour of my time that can either be spent in relaxation and maybe thinking or sleeping. Or it’s an hour where I can spend just sort of having these really, really, nasty thoughts go through my head about why are people oblivious, why are they ignoring common courtesy.

So for me, I know it’s a small thing but it’s something that can really either make or break my day.

Abidemi: I think I know what you mean when you mentioned about people not moving to the back of the bus. You would think it’s common sense but like somebody said, common sense is not so common anymore. Maybe that’s it because that just drives me crazy too. I’m like, “Just move back. If you were outside the bus, you would want to get on too, wouldn’t you?” So yeah, I definitely—I understand what you mean on that one.

Can you tell us some of your pet peeves?

A pet peeve is something that bothers you. Notice the following:

I can barely control myself when I’m in these situations.

When you drive people mad, you bother them with your behaviour. Notice the following:

get under my skin

It just get under my skin.

When something gets under your skin, it annoys you or upsets you. Notice the following:

It’s simple bus etiquette that can make or break your day.

Make or break refers to outcomes that determine if something succeeds or fails. Notice the following:

Why are they ignoring common courtesy?

A common courtesy is a polite action all people are expected to do. Notice the following:

You would think it’s common sense.

Common sense is something everyone is expected to know. Notice the following:

Video 1340
What is your favorite car?
BEG 3
Gisela