A Look at Venezuela

Gilda talks about the different regions in his home country and names some nice places to visit.

Katie: So I don't really

know much about Venezuela in terms of the different regions and things. So could you tell me something about it?

Gilda: Well, in terms of weather we have only two seasons. We have a rainy season and the rest is dry. But so, you get to enjoy the four seasons in a way if you go to the west side of the country. We have like high mountains and you can see some snow and also, like it's a little bit cold over there.

But if you go to the middle, in the middle of the country, the center, is hot. It's quite hot and dry. So it's where the – it's like the cowboys' area in Venezuela. So a lot of horses and they eat a lot of meat.

In a little bit of north, in facing the Caribbean Sea, is the capital, Caracas. There, we have a very nice weather. I guess, that's the reason why it's the capital, maybe because the weather is really nice. We can wear the same clothes the whole year around. 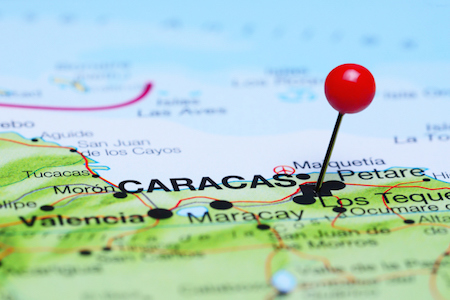 Gilda: So we don't have to think about winter clothes or anything like that. You can wear shorts all the time. So it's really, really nice. Yeah. 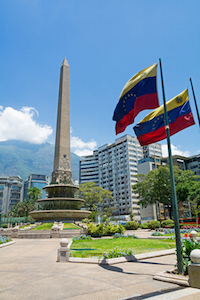 Gilda: While the, all this weather reports would say like 30, 35 and people will be like, "Oh, it's really, really hot."

Katie: So, outside of Caracas, are there any other famous cities in Venezuela?

Gilda: Yes. There is one called Maracaibo. This is famous. It's the oil city. Venezuela is famous for having a lot of petroleum, and that's the city where all, most of the petroleum is concentrated and all the companies, oil companies. And since they have oil, the city is pretty modern and, yeah. So it's another major city in the country.

There is another city that is kind of developing now is in the middle of the country. It's called Valencia. And also, it's famous because it has lots of industries and factories. So many people are moving there for job opportunities. And yeah, they have very nice places as well. Yeah.

Katie: Are there any resort towns in Venezuela?

Gilda: Yes, there are many especially because Venezuela is facing the Caribbean Sea. So there are many places for enjoying to see the ocean, beach side. There is an island called Margarita island. It's also very famous for occasion like to enjoy the summer at the fullest, and it's famous. That city has a lot of foreigners, visitors, yeah, all year around.

Katie: So it's popular all over the world.

It is facing the Caribbean Sea

When an object or person faces one direction, it is pointed toward that area. Notice the following:

It's not so humid.

When there is lots of water in the air, it is humid. The noun is humidity. Notice the following:

Most of the petroleum is there.

Petroleum is a natural resource used to produce gasoline. Notice the following:

Most of the petroleum is concentrated there.

When things are concentrated, they are placed near each other. Notice the following:

It has lots of industries and factories.

Here, industry means the creation of goods and products. Notice the following:

Are there any resort towns in Venezuela?

A resort town is a place popular for tourists. A resort town often consists of more tourists than local people. Notice the following:

1417 Tips for Venezuela
Three foods you have to try.
INT 4
Lasse Lucille

Video 1418
What is the most interesting thing about your country?
INT 4
Lasse

Video 1417
What should people see in your country?

1420 The Home of ELLLO
Learn the Todd's house in Japan.
BEG 3
Meg Todd