Life in the Artic

Abidemi talks about the foods Inuit people eat and the games they play in the Artic. 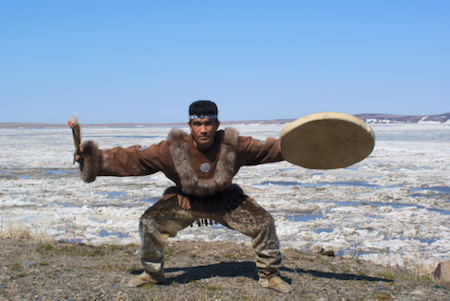 Todd: So, Abidemi, you were talking about living with the Inuits in Northern Canada. What were some things that they do differently, like for example food or games or traditions?

Abidemi: Food was a big thing that was different there. They eat a lot of meat, I could say, if I can say that from the sea, so because they're surrounded by the sea, they have access to a lot of food from there. They eat beluga, seal, whales. Anything that's found in the sea I think they basically eat it, and they eat just about all the parts of the animal, so that was quite interesting.

Todd: That's so interesting. What does it taste like, seal and whale?

Todd: Is it cooked?

Abidemi: Sometimes they cook it, yeah. They also freeze it. They have different ways of preparing it. Sometimes to do eat it raw. They say that is the best way to eat it to get the most amount of energy from it, and sometimes they freeze it, and they eat it frozen. They eat a lot of fish, frozen fish like that. Attic char - delicious, and sometimes they boil it, but I don't think that's their preferred method of eating it. One thing to note is that the younger generation, they seem to prefer more the meat - beef - and the meat that more of everybody eats now, whereas the older generation, of course, they still prefer their traditional way of cooking and eating. Also, they eat caribou, like land animals, caribou, rabbit and one or two other animals that I can't remember. 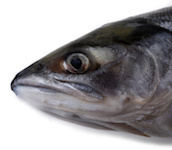 Todd: Now did you try all these foods?

Abidemi: I tried as many as I could. I love eating, and if everyone else is eating it, I'll eat it too, so I try them all. I have my, the ones I like more, but I didn't find anything disgusting. I enjoyed it.

Todd: That's so cool. Did you learn how to prepare it or cook some of it?

Abidemi: No. I'm laughing because I'm not a huge cook anywhere, so I just do the eating and cleaning up.

Todd: Yeah, OK cool. You mentioned that they played some games. They have their own style of games. Do you remember any games that they play?

Abidemi: They have games, where one was like wrestling. They have a lot of body contact games where they would wrestle on the ground, or you had to hold up your leg a certain way for how many minutes, just really games that had to deal with strength and endurance is what I would say, and then they played a lot of games using dice where you would win prizes. I think a lot of these things were designed for the long winter months, so they could stay indoors and still keep themselves entertained, and because in those days, in the past they didn't have TV or have the kind of entertainment, Internet, which they do have there now, so they have a lot of games that they still try to play sometimes to keep them entertained.

And music is a large part of their life too. A lot of people play different instruments and they square dance. They're really good dancers. They can dance all night, so that was fun as well.

Abidemi: Yes, it was.

Todd: Nice, anyway, thanks for sharing.

They eat beluga, seal, and whales.

Beluga is a white whale found in cold waters. Notice the following:

Caribou is a large type of deer found in cold climates. Notice the following:

I didn't find anything disgusting.

Something that is disgusting is not nice to eat, see, or encounger. Notice the following:

I'm not a huge cook.

When you say you are not a huge cook that means you do not have much intersting in cooking, but do it sometimes. Notice the following:

Square dance is a style of dance where four people dance within a small area. Notice the following:

They play the fiddle.

A fiddle is a type of violin. Notice the following:

1455 Out of Country
Pernais talks about Jamaica.
INT 4
Abidemi Todd

1453 Life Happens Up North
Working and living in the artic.
﻿
BEG 3
Aimee Todd