Grammar Talks 4-04 Would for Past Tense 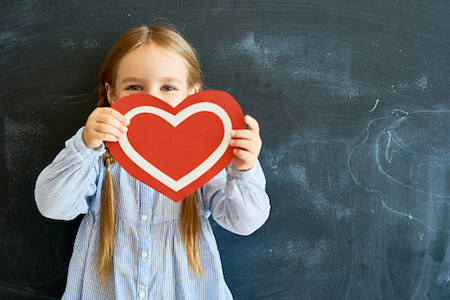 Mel: So, Doron, what did you do last Valentine's Day?

Doron: Last Valentine's day I got disappointed I think, cause I teach at university, and I'd heard that Japanese students always give their teachers loads and loads of chocolate, and even though it was my fifth year, and every other year I only got like two or three, I was still really excited cause I'm at university now and I got two chocolate bars.

Doron: How, about you? Are you looking forward to it this year?

Mel: I'm planning on going to Korea with my co-workers to escape the Valentine's Day.

Doron: You're not a fan then?

Doron: I haven't lived in England for awhile now, about ten years. When I was a kid it was big in school, like in junior school, and we used to have a little Valentine's post box in your class where you could write little messages to your classmates and then you put it in the box and it'd get delivered.

Doron: The teacher would deliver them.

Mel: Did you only get notes or did you get candy as well?

Doron: No, it was just notes. In England we don't really give candy and chocolate and presents to people. We just give letters, unless it's like a boyfriend or a girlfriend or something. But when you are seven, you don't really bother.

Doron: Did you know who wrote what to you?

Mel: Yeah, they would sign their name on the card.

Doron: Oh, in England I don't think you don't put your name. Even if you know who it's from. You know it's from your girlfriend, or your best friend, or your grandma, or something, I think you just put a big question mark.

Doron: It's half the fun. You have to figure it out.

Mel: But my favorite Valentine's Day gift is always from my mom.

Doron: She gives you a gift every year.

Mel: She'll send me gifts in the mail, and when I was in elementary school, she would hide chocolates and stuff in my desk. It was awesome.

Doron: I don't remember getting any really really cool Valentine's presents. I remember giving a couple. I was dating a girl who lived in Norway when I was at university in England and so for Valentine's Day is the same ... I think her birthday was February the 11th or something.

Doron: So, I just flew over. I e-mailed like her best friend who I knew quite well as well and he picked me up at the airport I and flew over to Norway.

Doron: And in Norway, it's a very safe country, so they don't really lock their doors a bit like Japan, and he just drove me down to the house and I walked in at like nine in the morning, and she just came down stairs and she nearly died. She thought I was a ghost.

Mel: Yeah. That would be scary but fun.

Doron: Scary but fun. That's what she said when she could talk.

Mel: Yeah, so it was a double birthday, Valentine's Day gift.

Point 1: Use the modal would to talk about activites you often did in the past, but no longer do.

Point 2: Use would to for things you did often. Use the simple past for actions you just did once.

Point 3: We use 'd as a contraction for would in spoken English.

Note: Do not use the contraction in short answers.

Point 4: We use used to to introduce an action we no longer do, and then switch to would for related actions.