Felipe talks about how life seems different in Colombia and Ecuador. 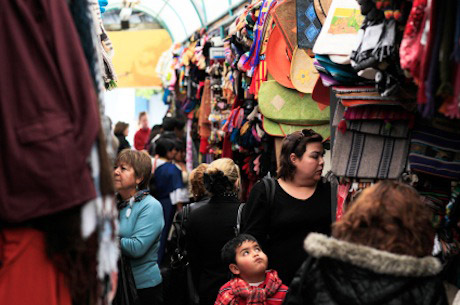 Katia: Hello, Felipe, how are you?

Felipe: Well I don't think, maybe OK let's say culture is pretty much the same but let's talk about people OK? Ecuadoreans and Colombians are different I think. Colombian people are more hard working people. They really, they really worry about working and earning a lot of money and stuff like that, you know. But Ecuadoreans are more like, you know, easy-going people so I think that's the main difference between them.

Katia: That is so interesting. What about climate or the cities or the nature? Is there any differences between Ecuador and Colombia?

Felipe: Yes, you're right. The climate and environment is quite different. Well, there is one similarity and it's that they, both countries have their highlands which is the Andes highlands and the Amazon region and the coastal region but the size of the countries are different. Colombia is a huge country and also it has the Caribbean Sea which Ecuador doesn't have. And now if you look at Ecuador, Ecuador is quite a small country compared to Colombia.

Katia: That is so interesting. What about some similarities? Is there any similarities between Ecuador and Colombia?

Katia: OK, perfect. So now I have a better idea of the differences and some similarities over Ecuador and Colombia. Thank you, Felipe.

Can you tell me how I can distinguish between Ecuador and Colombia?

When you 'distinguish' between two things, you recognize that they are different from each other. Notice the following:

Ecuadoreans are more easy-going than Colombians.

'Easy-going' people are relaxed and don't get too stressed about things. Notice the following:

The climate and the environment are quite different in each country.

People from Ecuador and Colombia eat mainly the same kinds of food.

'Mainly' can be replaced with 'generally' or 'mostly.' There are differences between foods from the countries, but most of what they eat is the same. Notice the following:

The food is composed of potatoes and corn.

What something is 'composed of' is what it is made of. Notice the following: