Josh talks about his hometown of Tacoma and describes it to Shirley. 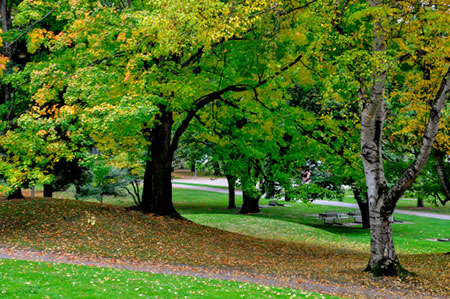 Shirley: So Josh, where do you come from?

Josh: I come from Tacoma.

Shirley: I’ve never heard of that. It’s in America, right.

Shirley: Oh, okay, Seattle. I’ve heard of that. Well, tell me about Tacoma.

Josh: Well, Tacoma is smaller than Seattle but it has many great things to do too.

Shirley: Okay. So give me some examples.

Josh: Well, there’s a great par right in the center and at that park, there’s a botanical garden.

Shirley: Wow. So a little bit like Melbourne, in Australia.

Shirley: Okay. What about shopping?

Josh: Shopping? There’s really one place for the best shopping, and that’s the Tacoma Mall.

Shirley: Wow that must be a really big building.

Shirley: Okay. What kind of shops do they have there?

Josh: Everything. They have lots of clothing shops, and they also have two sport shops and they have a food court where you can buy any kind of food you want.

Shirley: Okay. Well, how about traveling around the city. What’s the public transport system like?

Josh: Mostly, we travel by car. But there’s buses too.

Shirley: Okay. So not so much public transport.

Josh: Not really. The buses stop early in the evening.

Shirley: Okay. I see. What about sports because, you know, in Australia, we have lots of places to play to sport. We really like our sport. So what about Tacoma? Are there many places to play sport?

Josh: Mostly, we have parks that have baseball fields and tracks. And those are the best places. But as far as professional sports, you have to go to Seattle.

Shirley: You know, in Australia, we have lots of tennis courts everywhere.

Josh: That must nice. I love tennis.

Shirley: Yeah. It’s kind of fun. What about eating in Tacoma because it sounds like it’s a little bit of a small town, so is there any good place to go and eat food?

Josh: That’s one strong point. There’s lots of restaurants. The best restaurant is actually near my house, and it’s a barbecue restaurant.

Shirley: Okay, lucky for you.

Shirley: Tacoma sounds like a nice friendly place to live.

A botanical garden is like a plant museum. Notice the following:

They have a food court where you can buy any kind of food you want.

A food court has many restaurants with the same seating area. Notice the following:

We have parks that have baseball fields.

Here, a field is a place to play baseball. Notice the following:

We have parks that have tracks.

Here, a track is a place for running or walking. Notice the following:

What about tennis courts?

A tennis court is a place to play tennis. Notice the following:

Video 1335
What's the best place in your country?

#1334 Big Neighbor
Ana compares being small to something that is big.
INT 4
Ana / Michael

#1333 Portugal in Contrast
Ana talks about how her country is similar to Spain.
INT 6
Aimee / Paul