Win, Michael and Goron talk about social issues and problems with their cities being so big.

Michael: So how’s crime in the big cities, like in Rome? How is crime in Rome?

Goron: Well, many people are complaining for the huge immigration. Like we have many foreigners and illegal foreigners actually. They come in with boats during the night, they’re landing, and we cannot control, we cannot stop them because Italy is in the middle of Europe. So from Northern Africa, for many like – I wouldn’t say underdeveloped countries but the countries that see Italy like the…

Michael: It’s actually very interesting because we have the same problem in Norway. 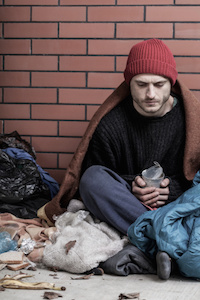 Michael: Because of the European economic agreement, it’s actually illegal to come and try to find work. But the problem is that people abused us and they come – they are just to, you know – beg for money or to steal money or steal things from others. And it’s really easy to pass the border without being controlled.

Goron: I don’t think those people are bad. It’s like poverty makes you bad.

Michael: And that’s a huge problem because in the EU right now, there’s several countries which have poverty, and it evolves from that, I think. It’s really hard like to create, to make everyone happy and to – I don’t think it’s possible to solve the poverty matter.
So what about Vietnam?

So yes, we do have a problem that people keep flocking to my city to find jobs, and we have crimes and everything. But I think the fact that we have multi-origin people is one of the facts that makes the city interesting.

They beg for money.

When you beg, you ask for something earnestly. Notice the following:

Poverty is the condition of being very poor. Notice the following:

If you are desperate, you do something illegal.

When you are desperate, you want something badly but feel hopeless in getting it. Notice the following:

I have roots from everywhere.

When you have roots from someplace, you have family there. Notice the following:

The city welcomes them no matter what.

The phrase 'no matter what' means 'regardless' and means you can use any excuse. Notice the following:

People keep flocking to my city.

Here, when people flock to some place, that means many people go there. Notice the following:

Views
Find a listening task for your level!
﻿