Antoinette gives some tips about things he can do while visiting her hometown of New York.

Warren: Hey, Antoinette, why don’t you tell me about growing up in New York? 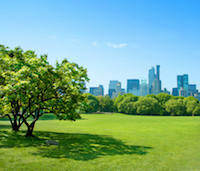 Antoinette: Have you ever been to New York?

Warren: Yeah. I’ve been there twice.

Antoinette: Okay. What did you do when you were there?

Warren: The first time, I was with my mother. I was 12 years old. And we went to Central Park and we saw some museums around Central Park.

Antoinette: You didn’t go into the museums?

Warren: Yes, we did go into the museums.

Antoinette: Oh, okay. Yeah. That’s my park, Central Park. How did you find my park? Did you like my park?

Warren: It was great. I was surprised how big it was.

Antoinette: It is a big park. That’s what I like about it. You can get lost in the park and almost forget that you’re in a city.

Warren: Yeah. That’s what I found really neat about it is sometimes I felt like I was in the countryside. But then I would see large buildings.

Antoinette: Yes. Yeah, I enjoy that, too. Did you know that you could ride horses in the park?

Antoinette: Did you know about the skating rink in the park?

Antoinette: Okay. What time of year did you go? What season was it? 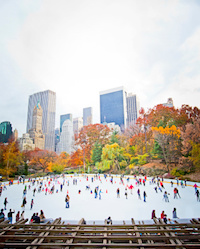 Warren: I’ve been there in the summer and in fall but not winter.

Antoinette: It’s beautiful in any season, I think. I love Central Park.

Warren: Yeah, me too. It was very – it was a memorable experience.

Antoinette: I’m glad to hear that. What other places did you go to?

Warren: Well, when I was older, I went with my friend and we went on top of the Empire State Building.

Antoinette: Okay. I’m not sure if they allow you to go up there now.

Antoinette: Okay. Were you able to look over the edge?

Warren: I don’t know if I was looking over the edge. I think it’s inside but you’re at the top.

Antoinette: Okay. So yeah, things have changed a bit since I was a little girl.

Warren: Did it use to be outside that you could go?

Antoinette: You could go outside. There were these binoculars or I don’t know what they’re called but you put a little change in and you could see the city.

Warren: Yeah. They had those as well. We could see Central Park and you could even see the Statue of Liberty from there.

Antoinette: Oh well, I’ve been there.

Warren: Yeah. Actually, I never got to go. Both times I went to New York, we wanted to go to the Statue of Liberty but we didn’t have enough time.

Antoinette: Oh well, you should plan another trip.

I couldn’t imagine growing up anywhere else.

Here, we use the phrase 'I can't imagine' to show amazement about something. Notice the following:

You can get lost in the park.

Here, the phrase 'get lost' means you forget where you are because you are enjoying yourself. Notice the following:

I thought is was neat.

It was a memorable experience.

A memorable experience is something we remember easily. Notice the following:

Were you able to look over the edge?

Here, 'look over' means to look down to the ground. Notice the following:

There were these binoculars.

Binoculars are special glasses to see things very far away. Notice the following: