Rory and Abidemi talk about what they would like to change about their personality.

Abidemi: So Rory, in the last conversation we were talking about changing your personality and you never said what you thought of that.

Rory: Well, I think, I think when you learn a language often your personality does change. I notice with my students that they often seem quite different when they speak English to when they speak Japanese. I’m not sure if that’s a language thing or a cultural thing. But I mean you speak more than one language.

Rory: Do you think your personality is different in each language? 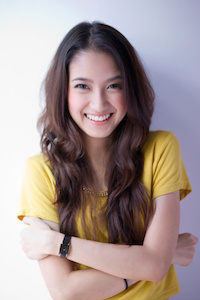 Abidemi: That’s a really good question. Just thinking of it right now, I think maybe for me it’s more a question of the culture because I think when I am in an environment where I’m expected to be more extroverted, I tend to try to live up to that.

Abidemi: I tend to try to be more cheerful, more open, more friendly or friendlier, I should say. But when I’m somewhere where I know that it’s expected of me to be quieter, I do tend to become more quiet.

Abidemi: So I don’t know. That’s a really good question.

Rory: And do you think there might be something in languages which make them like a more extroverted language or a more introverted language? Like I think about Italians – maybe it’s a stereotype of Italians, but they seem to be very extroverted and the language seems to help them in that extroversion.

Abidemi: That’s true. That’s very true. That’s a good question because I’m just trying to think of culture and languages in general, and there’s that debate of how cultures and languages are intertwined. Is it the culture that came first or is it the language that made the culture the way it is. So I don’t know. I really don’t know. But I would love to read more research and find out.

Abidemi: And I think to add on to that, when I think of Asian students that I’ve noticed speaking English, which to some people is a more extroverted language, they always seem more confident.

Abidemi: They seem friendlier. They seem more open to talking about themselves, their family life. But when you talk to them in their native language, it seems like they revert back to their cultural norms which would probably be less…

Abidemi: Yeah, so maybe there is something there.

Rory: Yeah. And I guess the culture over here in Asian countries is people are less likely to share information. There’s less – I mean, in the West especially recently, there’s quite a pressure on you to be more open.

Rory: Whereas maybe in Korea, Japan and China, people are more closed and just have different boundaries.

Abidemi: I’m just trying to think of African countries, like being a Nigerian myself, we’ve had the issue of colonization and where the Western British culture is valorized. So coming from that aspect, I wonder before how we were. Were we more introverted? Because in a lot of ways we’re very similar to Asian cultures and Asian values. We have a lot of that as well.

But now it’s true that being able to speak English and express yourself in a more Western way is a lot. It weighs a lot. It means a lot, so people really enjoy that. People really take their value from that. So yeah, I think it’s a really interesting topic.

Rory: Because I mean people often see England or British people as a bit introverted and a bit quiet, a bit cold and yet we share the same language as America. And people tend to think that people from North America are quiet brash and extroverted.

Rory: So like I said it’s more cultural than language-based.

Abidemi: Yeah, maybe. Maybe we’ve come to a solution then. We’ve found it. It is the culture more than the language then.

I’m expected to be more extroverted.

An extrovert is more outgoing and more expressive. Notice the following:

I tend to try to be more cheerful.

A cheerful person is very happy and smiles a lot. Notice the following:

Cultures and languages are intertwined.

Things that are intertwined are linked together and support each other.

People who are introverted are more shy and do not talk as much as extroverted people. Notice the following:

When something reverts back, it goes back to a previous form. Notice the following:

They revert back to their cultural norms

A cultural norm is a way people from one culture do things, which is often different from other cultures. Notice the following:

1397 Introverts and Extroverts
Are you outgoing?
INT 4
Adam

Video 1398
How would you describe yourself?
INT 4
Marcel

Video 1397
How would you describe yourself?